Mr. Charles B. Eames, Jr., of Waycross, Ga., enjoys helping others while expecting nothing in return. Through his work in supporting higher education, helping preschool students develop a love for reading, and many other efforts, Eames has been recognized with local honors and recognitions for his selfless generosity.

This fall, everyone in Georgia will know about this quiet community servant.

“There are many more people deserving of the Regents award than I am. I am humbled by the honor,” Eames said. “I am pleased that the wonderful citizens of the Waycross and south Georgia areas can share in this honor.”

“Mr. Eames is a true servant leader,” said Sellers. “He truly has a passion for helping others and doesn’t seek recognition. This award allows the USG and SGSC to show appreciation for Mr. Eames’s commitment to supporting not only our college but for positively impacting higher education in Georgia.”

Eames’s passion for serving others is linked to his family. He was born in Cleveland, Ohio, to Charles B. Eames, Sr., and Harriet Allyn Eames. After his father’s service in World War II, Eames’s family moved back to central New York State where his father grew up.

“I was raised in a rural part of upstate New York among dairy farms and apple orchards while my father taught college,” said Eames. “My mother continued her career (as a librarian) as she raised her four boys. How she did it is somewhat of a miracle!”

Eames earned his Bachelor of Arts Degree in English from Syracuse University in 1966. Following his four years of service in the Navy during the Vietnam era, Eames received a Master’s Degree in Library Science in 1971 from SUNY at Albany Graduate School.  His library career began in Troy, N.Y., in 1971 and spanned the globe over the next 11 years to include Hamilton, New Zealand.

Eames was director of the Willard Memorial Library in Ohio from 1977 to 1982, when his career brought him to Georgia.

“In the summer of 1982, I arrived in Louisville, Ga., in a U-Haul truck. I was director of the Jefferson County Library there until 1988, when I moved to Waycross,” Eames said.

In March 1988, Eames was named reference librarian for the Okefenokee Regional Library System (ORLS) in Waycross. Over the next 15 years with the ORLS, until his retirement in 2003, Eames was promoted to children’s librarian, named interim director, and eventually became full-time director.

Eames enjoys volunteering at the Waycross-Ware County Public Library in his retirement, something for which ORLS Director Martha Powers-Jones is grateful.

“Charles has an infectious enthusiasm for literacy, libraries, and education. He has a quiet wisdom that shows through in his thoughtful deliberation and constant support for the library,” said Powers-Jones. “He is an inspiration and someone I aspire to emulate – not just in my career, but also in my personal life.”

Eames has given to SGSC’s two cooperative foundations for almost 20 years, beginning with his first gift to the James M. Dye Foundation in Waycross in 2003. Since that time, Eames has created multiple student scholarships, provided an initial gift to establish the Eames Speaker Series, and funded other initiatives across the institution.

The Eames Travel Fund was started in 2013 and provides $50.00 gas cards to students on the Douglas and Waycross Campuses to help with transportation to and from SGSC. Many students who have received a gas card have stated that the money was received at a time when it was needed most.

“We are experiencing a time where students sometimes need to choose between buying gasoline and a meal,” said Sellers. “Mr. Eames’s travel fund helps students to continue their education without having to make such a difficult choice.”

The Travel Fund program is now offered at additional USG institutions as well as institutions within the Technical College System of Georgia.

Eames knows the importance of supporting college students financially, and he also knows that giving children a strong educational foundation is very important. He has made monthly visits to the DAFFODIL Pre-K School in Waycross for over 25 years to read books to students.

Dr. Linda Houseal was the DAFFODIL principal for 10 of the years Eames has been reading to students. Houseal retired from DAFFODIL in May 2021 but remains involved with the Ware County Board of Education as DAFFODIL Preschool Project Director.

“Can anyone imagine how many students (Mr. Eames) touched to help them grow?” said Houseal. “He shared his heart and time to introduce new experiences by sharing his love for reading. I know (Mr. Eames) has played a special part in shaping our students’ social and emotional growth and teaching language and early literacy skills.”

Eames’s philanthropic and volunteer impact on education and his community is one that will last well into the future. This dual impact can be traced back to Eames’s family roots of supporting others.

“My family has always been committed to serving communities,” Eames said. “I wanted to help those less fortunate than I with their education. My 40 years in Georgia have been blessed ones, and I will always strive to make my modest contributions to Waycross, south Georgia, as well as the entire state of Georgia.”

The Board of Regents’ Scholarship Gala, hosted by the USG Foundation, is the state’s largest event celebrating public higher education in Georgia. 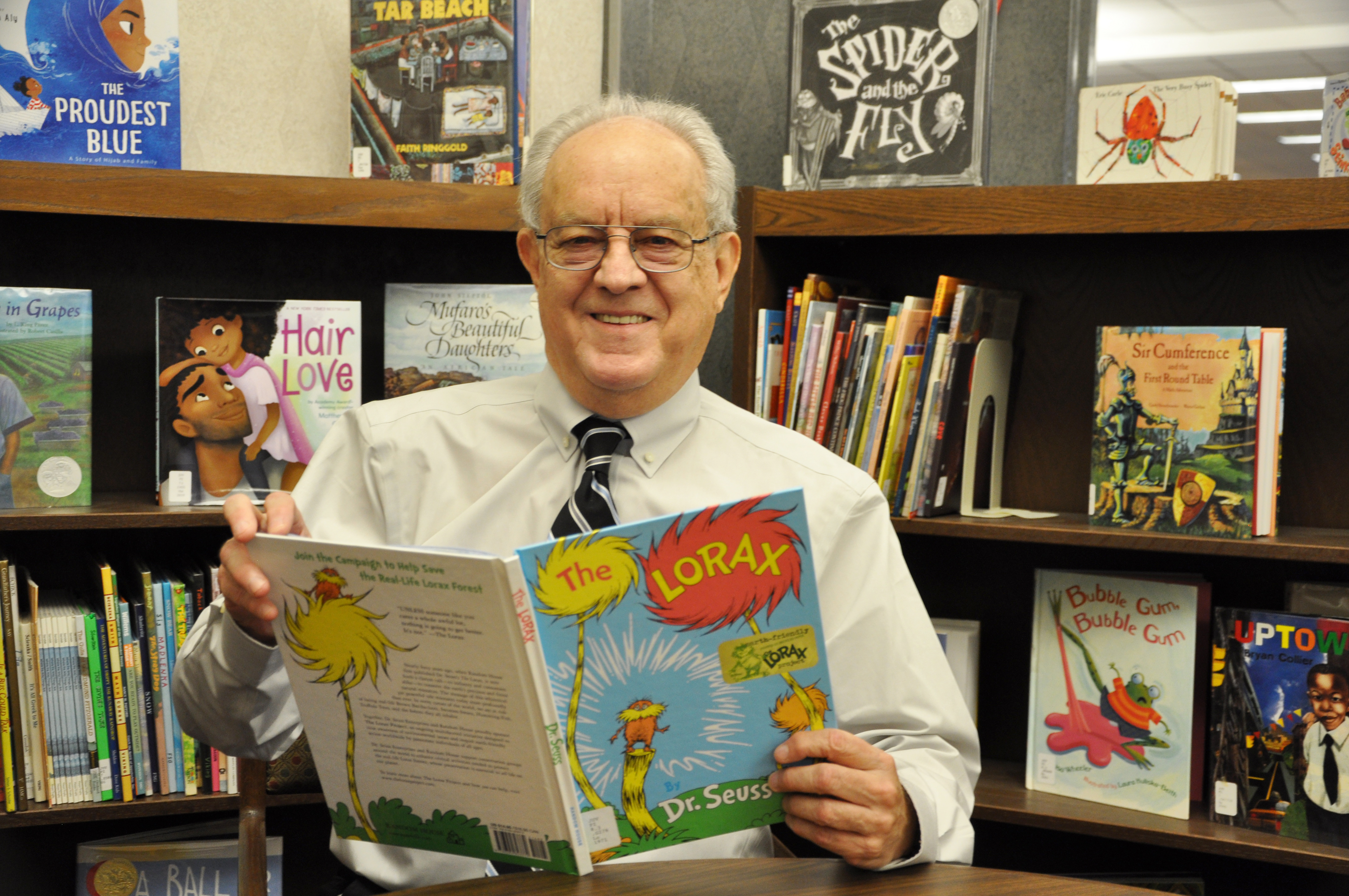