The South Georgia State College Hawks snatched the lead late in the game in a 14-4 victory over Thomas University JV Tuesday, March 3, 2020. The game was tied at four with the Hawks batting at the top of the sixth when JR Lonon drew a walk, scoring one run.

The Hawks got things started in the second inning when Carlos Hernandez grounded out, scoring one run. South Georgia earned the victory despite allowing Thomas University JV to score four runs in the third inning.

South Georgia tallied 12 hits in the game. Kody Krause, JT Rice, and Tony Player each collected two hits to lead the Hawks. Hernandez’s one hit was a homer in the sixth inning. Christian Campbell, Mason Spivey, Kristian Navarro, Anthony Calabro and Walker Sinclair contributed one hit to the game.

Sebastian Rothman started on the mound for the Hawks. He allowed four hits and four runs over three innings, striking out five. Chantz Cruz earned the win for SGSC Hawks. He lasted one and two-thirds innings, allowing one hit and zero runs while striking out three and walking zero. Logan Velez and Cameron Nunn entered the game out of the bullpen and helped to close out the game in relief.

Game two of the doubleheader was a short-lived game ending in a rainout. The game was deemed a complete game with the Hawks earning the 2-0 win. Greg Wozniak had the lone hit for the game, which was also an RBI bringing Jared Martin across the plate. Martin had reached base earlier on an error by the Thomas University JV second baseman. That error had also scored Calabro for the first run of the game.

Grant Adams was on the mound for the Hawks. He was able to get 24 pitches in before the game was called due to rain. He allowed one hit and zero runs while striking out two and walking zero. 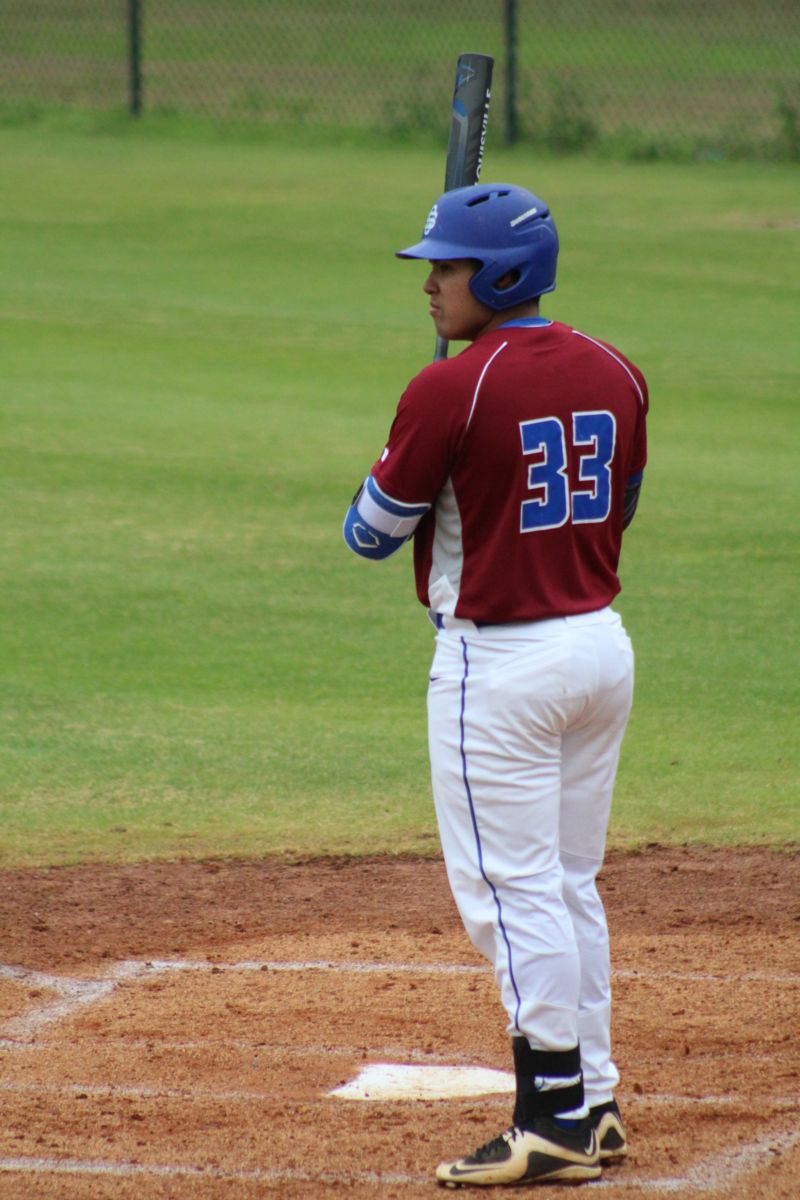 Carlos Hernandez, SGSC’s catcher from Chamblee, Ga., hit a home run in game one of the doubleheader against Thomas University JV.