The South Georgia State College (SGSC) women’s soccer team took on Oxford College September 17th in a home match in Waycross, Ga. The two teams met once before and Oxford handed SGSC their first loss of the year by a score of 0-1 a few weeks prior.  The result of this match was a different tale.

The Lady Hawks did not get on the board until the 25th minute when Serena Nelson slipped a pass into Monse Hernandez who crushed a shot into the side netting of the back post from about 25 yards out.  Working hard to maintain their lead, the Hawks made it to halftime with a 1-0 advantage with a few great saves from their sophomore goalkeeper, Crystal Francis.

After half, the Hawks were under some intense pressure from Oxford College.  They eventually countered to score their second goal in the 82nd minute to double their lead.  The backline and goalkeeper were superb in being able to keep the shutout for the team.

The player of the game was goalkeeper Crystal Francis.  The next match for SGSC will be Friday, September 20th, when they travel to Milledgeville to take on Georgia Military College at 4:00 pm. 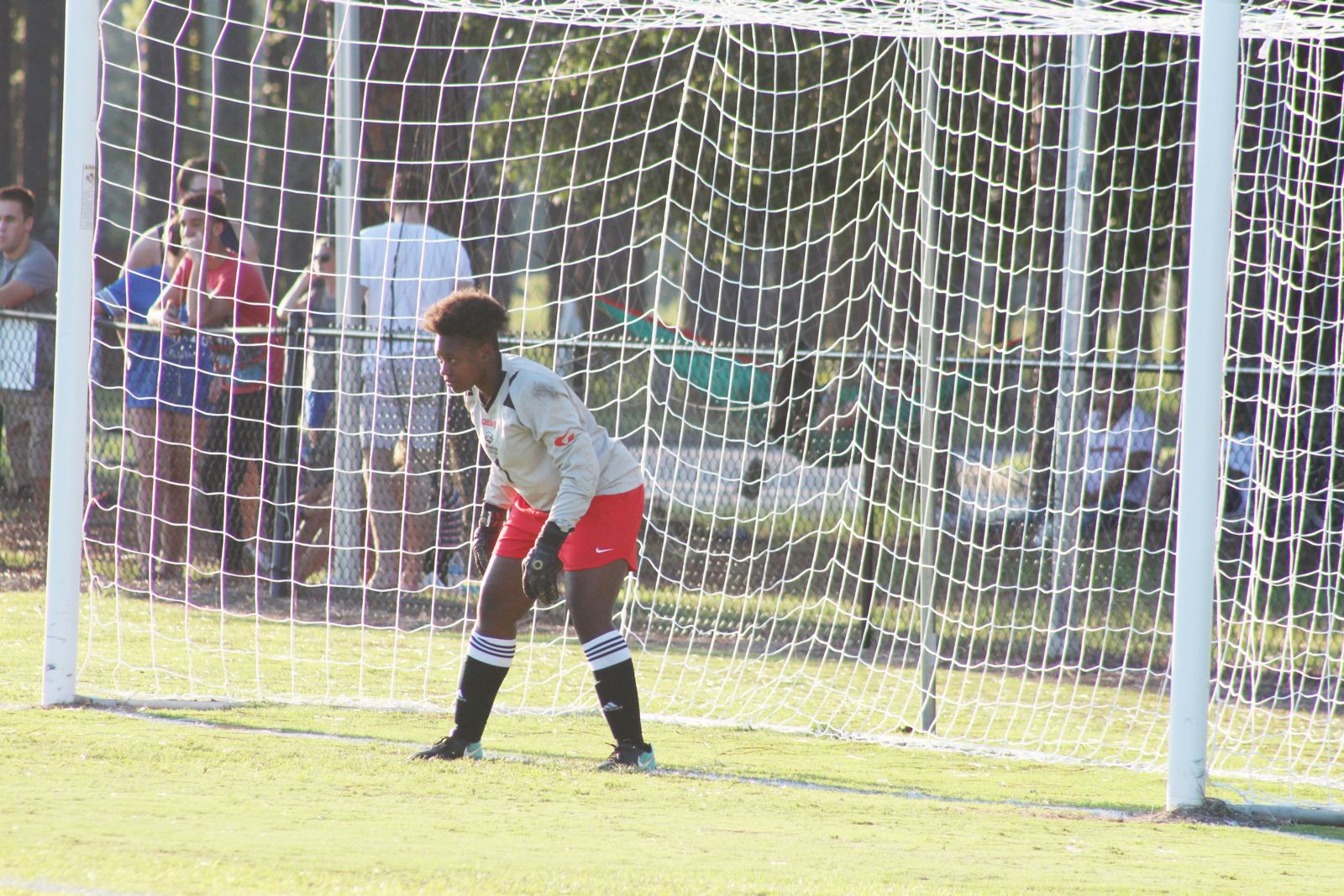 Crystal Francis from Macon, Ga., contributed to the win with several important saves at the goal and earned player of the game recognition.