“We are very proud of both teams’ performances last week,” commented Head Coach CM Jenkins. “This is not a normal second place finish. Indian River wins it every year and we are becoming the perennial runner-up, which is our team goal. I am very proud of all of our swimmers, our assistant coach Sarah Maley and all of the parental support we had last week at the meet.“ Monroe Community College finished third on the men’s side and Iowa Central College placed third for the women.

Individually, the team had several top eight finishes and set five new school records. Jessilyn Graham set a new record in the 50 breaststroke with a fourth place finish and a time of 31.41. Men’s breaststroker Andrew Brown also set a new team record in the 200 breast with a third place finish and a time of 2:06.41. Brown also placed second in the 50 and 100 breaststroke events.  Jessica Dunton had two second place finishes during the meet. The sophomore bested her old record in the 200 fly with a 2:09. 21 time and placed second in the 400 IM. Distance swimmers Brittany Herndon and Daniel Johnson also set new marks for the Hawks. Johnson broke the five year old record in the 1650, a mile long freestyle event with a time of 16:40, earning him third place.   Herndon bested her old 1000 freestyle record with a time of 10:51.

The Hawks men had four second place relay finishes during the meet. Both 200 and 400 medley teams of Ryan Buczkowski, Andrew Brown, Jackson Bloom and Zac Elz earned runner-up spots to Indian River. The 200 free relay team, made up of the same four swimmers, took second again and freshman Orion Bopp joined the group in the 400 free relay.  The women had one runner-up relay finish. The 400 medley team of Casey Hall, Jessilyn Graham, Abigail Aldridge and Delaney Smith placed second. 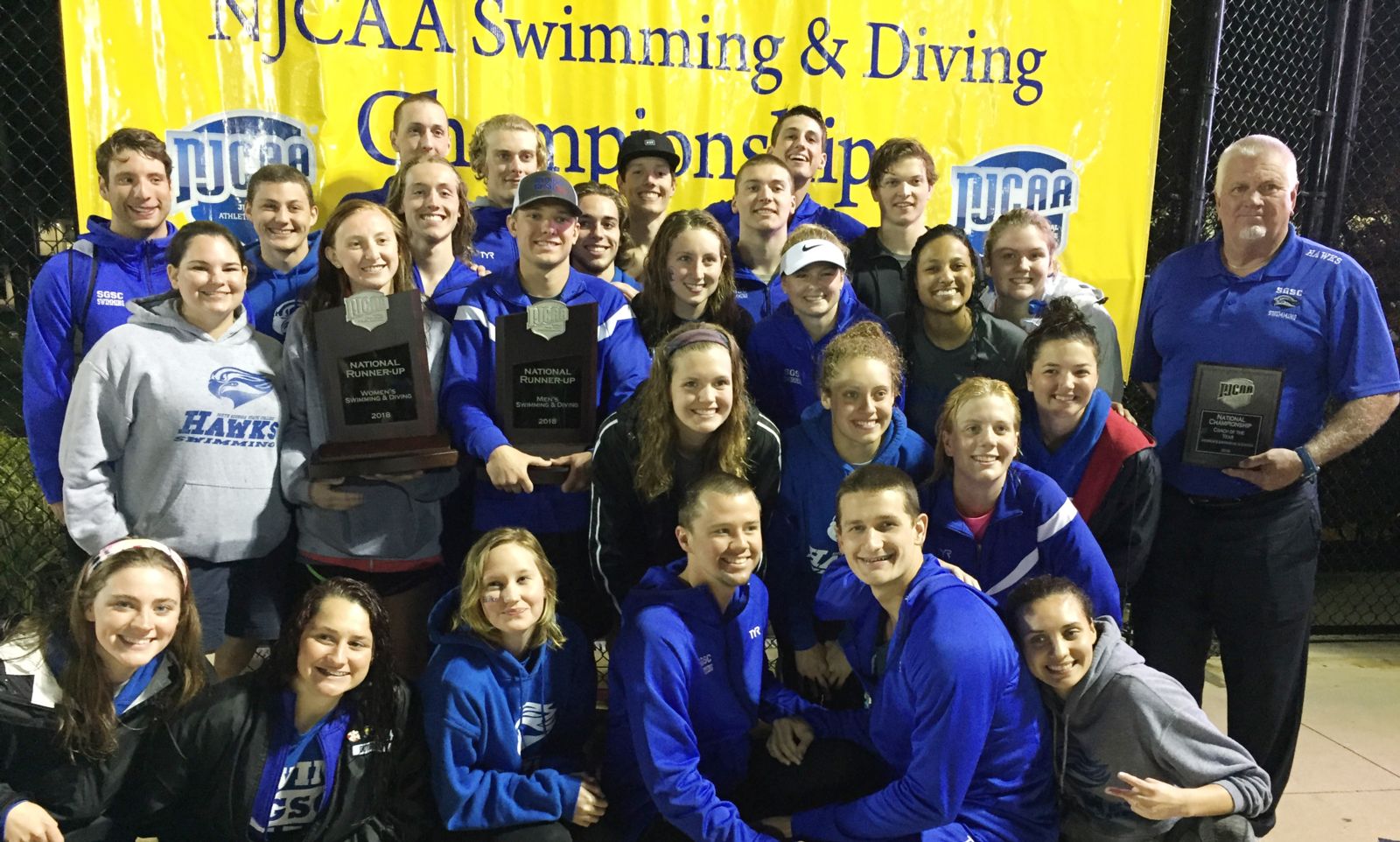 The SGSC women’s and men’s teams accept their trophies for earning second place at the NJCAA meet in Ft. Pierce, Florida. 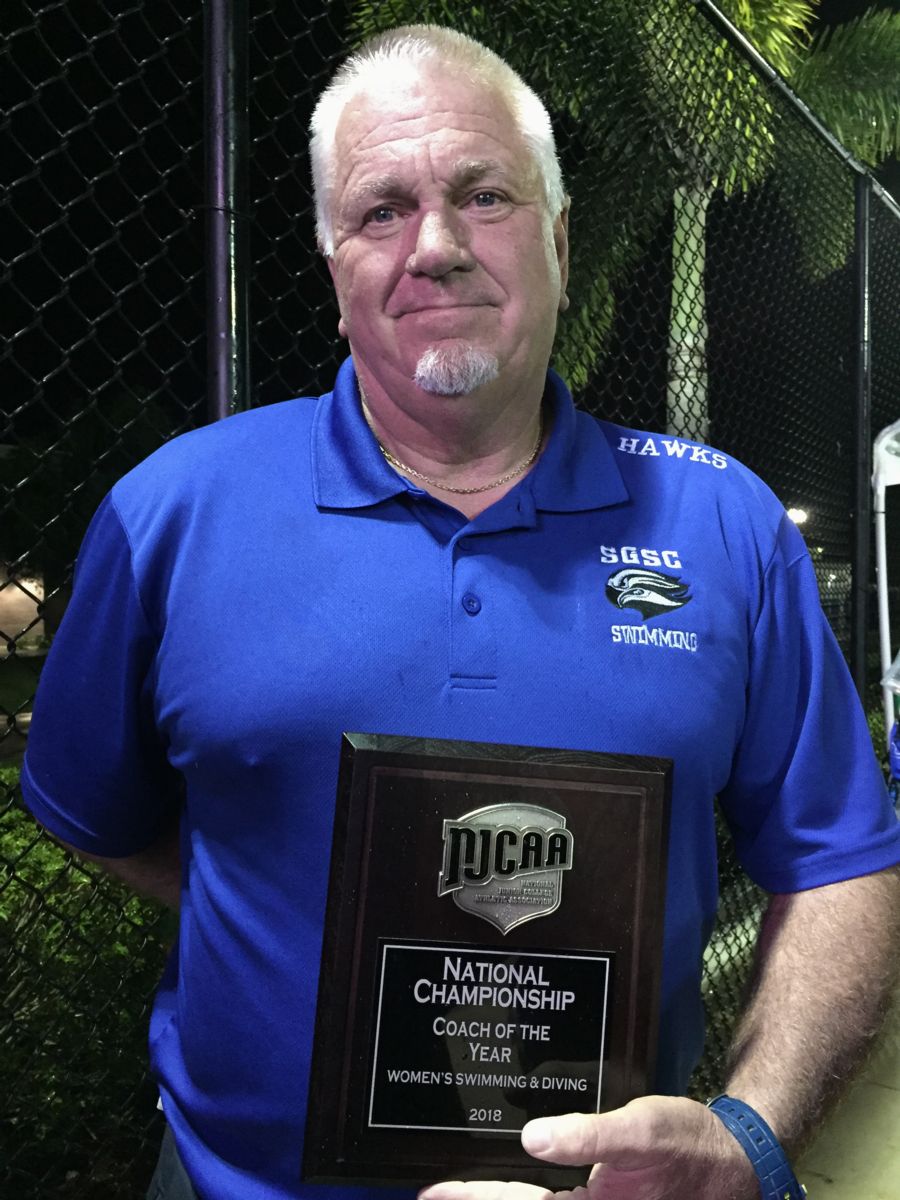 Coach CM Jenkins was named the Women’s National Coach of the Year at the NJCAA meet.