South Georgia State College (SGSC) celebrated a win at their first home game of the season against Florida State College of Jacksonville (FSCJ) on Feb. 4 with a score of 10-2.

The Hawks took a commanding lead by scoring three runs in the bottom of the first inning. Cole Escher led the charge with a strong hit in his first at bat. JT Rice singled on a 1-1 count, scoring two of the three runs. FSCJ attempted to come back in the second, but were only able to put two runs on the board.

SGSC continued to dominate with a run scored in the third inning followed by three runs in each of the fourth and eighth innings. The Hawks racked up 14 hits on the day. Tim Martin collected three hits as he went three for four at the plate with one hit being a triple. Cole Escher, Tyler Salomon, JT Rice and Blake Ebo added two hits each. Max Hughes, Tucker Jordan and Justin Brooks each had one hit.

Cody Ogilvie earned the win for the Hawks on the mound. He went seven innings, allowing only two runs on five hits, striking out eight and walking none. Landon Nevill and Noah Detrick took their turn pitching one inning each. 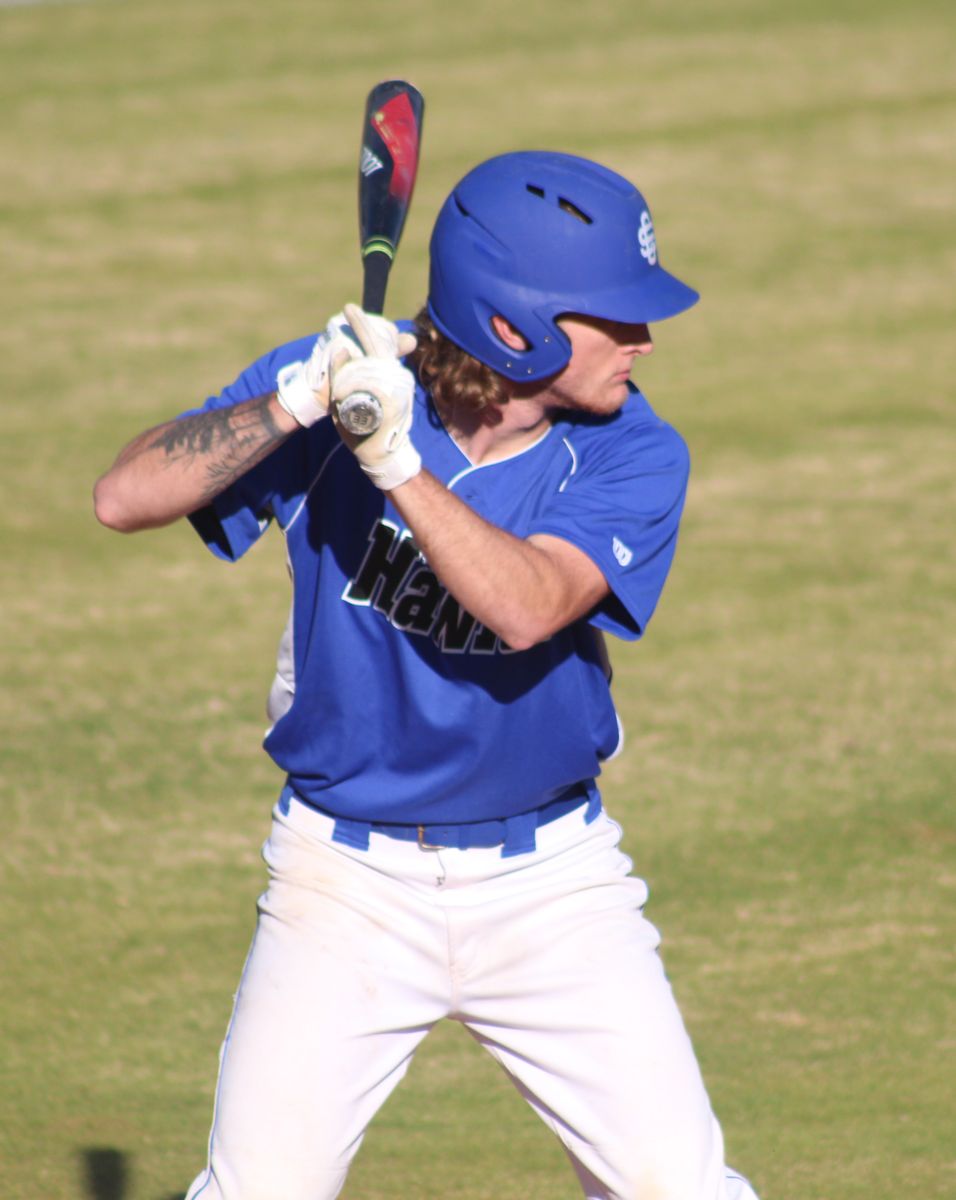 Cole Escher, a sophomore outfielder from Clay County, Florida, starts the first home of the season with a single.