Being a student-athlete can be a challenge. It takes juggling practice and games in addition to time spent in the classroom and on homework and study time. South Georgia State College (SGSC)’s Cole Escher has taken on the task and been highly successful, on the field and also academically by receiving a Phi Theta Kappa Transfer Scholarship. He recently completed his sophomore season as a member of the SGSC Hawks baseball team who earned the runner-up title in the National Junior College Athletic Association (NJCAA) Region XVII Division I. During his time for the Hawks, he has been a key player in the outfield, receiving a spot on the 2018 GCAA First Team All-Conference, the All-Tournament Team and the NJCAA Second Team All-American. To add to his achievements, early in the 2018-2019 season, Cole announced that he had made a commitment to play baseball at Middle Tennessee State University fall semester 2019.

Not only does Cole have athletic accolades to his name, he has gone one step further and has also been recognized for his academic accomplishments. Cole has been named to the Dean’s List at SGSC all four semesters and was selected on several occasions to serve as a student-athlete representative at college functions including meetings with the University System of Georgia Chancellor Dr. Steve Wrigley.

While at SGSC, Cole became a member of Phi Theta Kappa (PTK) Honor Society and immediately was involved in the college’s chapter. He was selected as the president of the Alpha Rho Omega chapter, as well as being named the Georgia Region’s Phi Theta Kappa Regional President. While balancing his time between athletics and class, he was able to assist with planning of the Spring Regional Conference held on campus and attended the induction ceremony for new members. He will be going to the PTK Honors Institute for his role as Regional President this summer which is being held in San Diego, California. Not only has becoming a member opened new opportunities for him on campus, but it is extending to his new college as well.

Middle Tennessee State University is one of approximately 750 four-year colleges and universities who have collectively established over $37 million in transfer scholarships exclusively for Phi Theta Kappa members. Because of his transfer status and membership in PTK, Cole was awarded a Phi Theta Kappa Transfer Scholarship valued at $4,000 per academic year for two years, totaling $8,000. “The determination I have seen in Cole to maintain a high GPA while committing himself to the success of his team is to be commended. He maintains a consistency about himself that shows whether he is in the classroom or on the field, he is putting his best out there,” says Amy Hancock, advisor for SGSC’s Phi Theta Kappa chapters. “He is very deserving of this scholarship and I’m pleased that Middle Tennessee recognizes the value of the accomplishments of Phi Theta Kappa members like Cole. They are gaining an impressive scholar-athlete.”

Cole, originally from Green Cove Springs, Fla., is looking forward to moving to the next level in his college career, and he is grateful for the support he will receive through the PTK scholarship. Cole explained, “I am glad I took the opportunity to join Phi Theta Kappa. It has opened many doors for me and by getting this scholarship, it will help my family and myself tremendously as I transfer to a four-year university.” Amy Hancock added, “Many times students question whether it is beneficial to join Phi Theta Kappa. As evidenced by Cole, PTK offers many worthwhile opportunities for students. I encourage everyone at SGSC that becomes eligible after completing 12 or more semester hours with a GPA of 3.5 or higher to become a member and see firsthand how they can benefit from Phi Theta Kappa.” 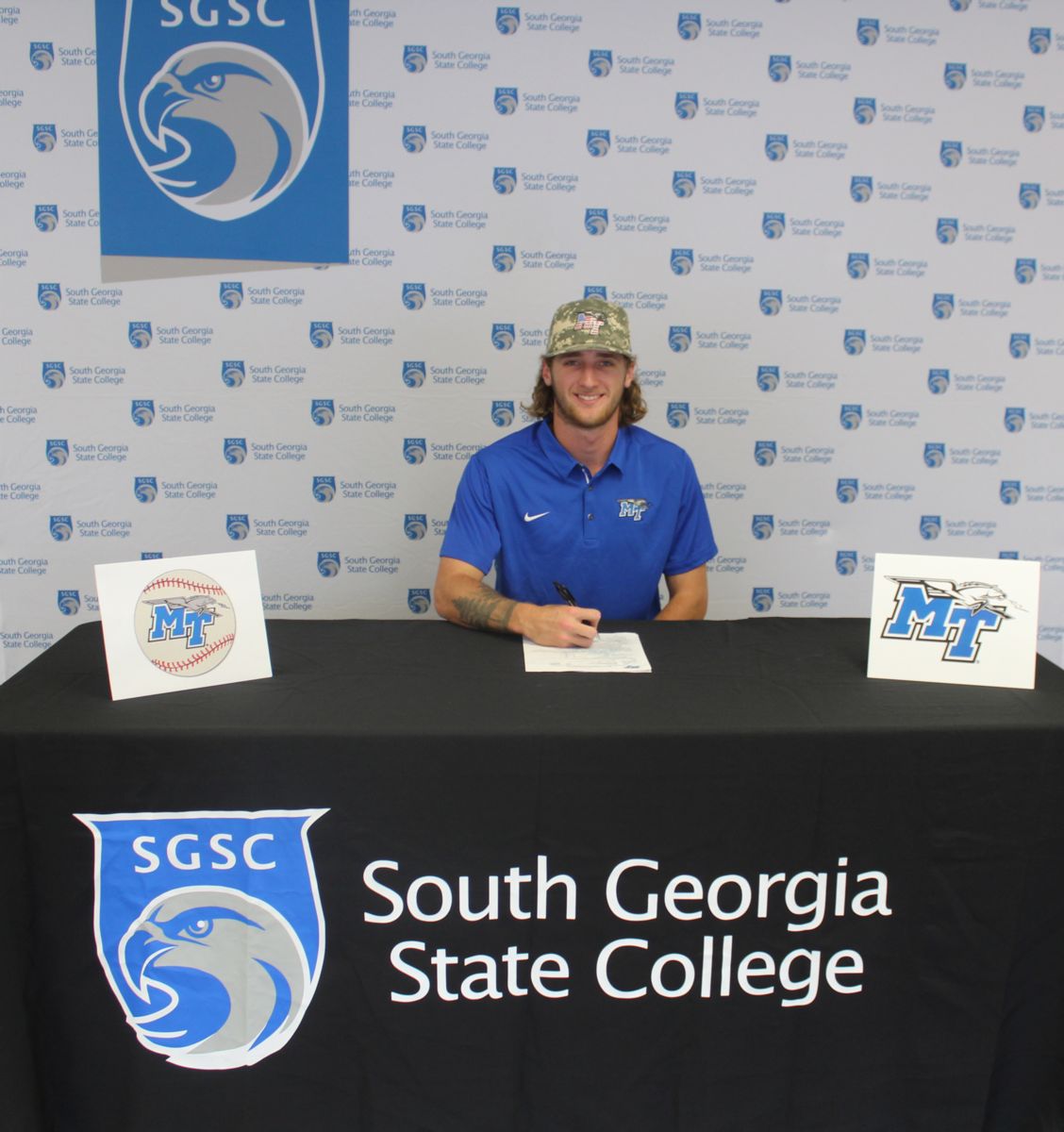