The South Georgia State College (SGSC) Hawks traveled to the College of Central Florida in Ocala for a weekend series. In game one Friday, Feb. 21, 2020, it came down to the last play, but the Hawks were on the wrong end of a 3-2 defeat to Central Florida. The game was tied at two with Central Florida batting in the bottom of the 11th when JC Mendez drew a walk, scoring one run.

Central Florida got things started in the third inning scoring one run on a single and then scored again in the bottom of the fourth. At the top of the eighth inning, Mason Spivey singled on a line drive to left field scoring JR Lonon. The Hawks tied things up at two when Anthony Calabro singled on the first pitch of his at-bat, scoring Tyler Spence. The score remained tied until the bottom of the 11th inning when Central Florida gained one run to end the game. Kody Krause, JT Rice, Calabro and Spivey each collected one hit for the Hawks.

Jacob Fletcher started the game for SGSC. He allowed nine hits and two runs over seven and a third innings, striking out one. Caden Sconyers took the loss for the Hawks. He lasted three innings, allowing one hit and one run while striking out one.

The SGSC Hawks watched game two slip away early and couldn't recover in a 5-2 loss to Central Florida Saturday, Feb. 22, 2020. Central Florida got things moving in the first inning with a single on a 0-2 count, scoring one run. They went on to score two additional runs in the bottom of the second. The next two came on home run balls hit by Central Florida.

Tony Player and Kody Krause each collected one hit to lead the Hawks. South Georgia’s runs came when Krause singled on a line drive to center field, advancing to second on the throw. Matthew Warren and Greg Wozniak scored. SGSC was sure-handed in the field and didn't commit a single error.

Matt Thompson took the loss for the SGSC Hawks. He lasted five innings, allowing six hits and four runs while striking out one. Buck Bennett came in as relief during the last inning.

In the final game of the series, the Hawks were defeated by Central Florida with a score of 5-0. A bright spot for SGSC was a single by Mason Spivey in the fifth inning. Tony Player, Kody Krause and Spivey each contributed one hit to the game.

Andrew Curtin took the loss for SGSC Hawks. He lasted five innings, allowing six hits and four runs while striking out seven. Chantz Cruz and Grant Adams entered the game toward the end as relief pitchers. 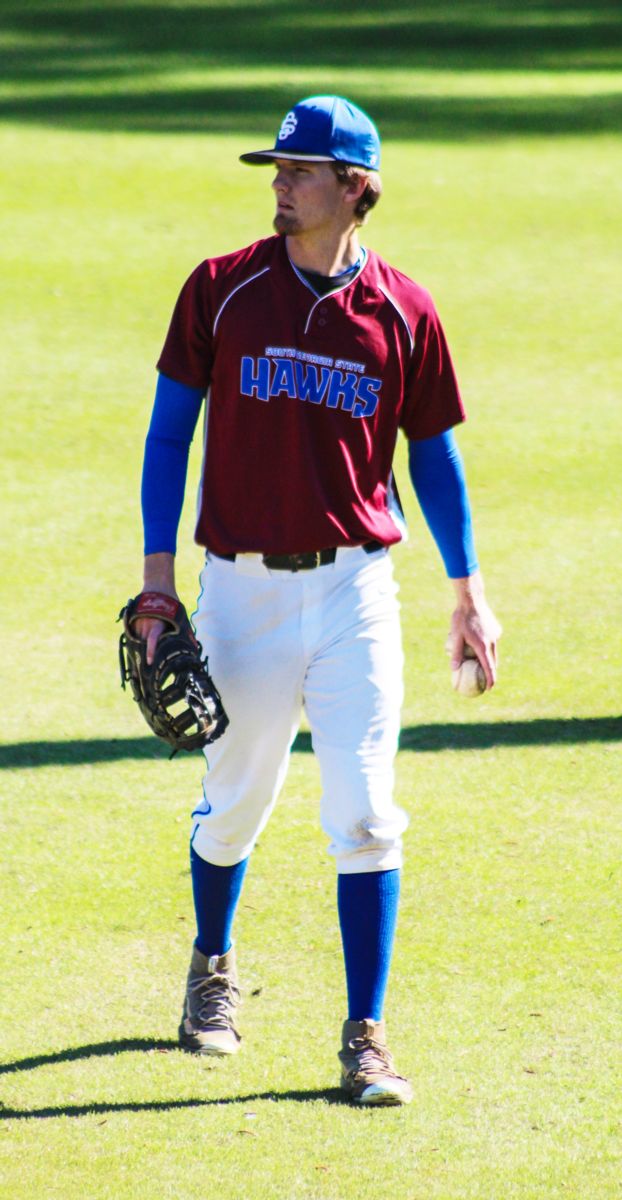