Recognition was also given to those students who had the highest exam score for their school. Makayla Cross (Charlton), Andrew Fan (Pierce), Jacob Hatcher (Ware) and Elizabeth Howell (Brantley) were the high scorers for their respective schools.

The top two scoring teams from each school based on the written exam competed in a team-oriented “ciphering round.” The teams were given the same ten questions and three minutes to answer each one. The number of points awarded was determined by how fast the teams could answer each question correctly.

“This tournament recognizes academic talent within our region, and I am proud of that,” said Dr. Lisa Howell, professor of mathematics at SGSC and the tournament coordinator. “This event encourages students to have a continued interest in the areas of math and science.”

Pamela Baker and Diane Griffis from Pierce County were presented with the Dr. Barbara Losty Coach Award. The award is named in memory of the second president of the former Waycross College who passed away in September 2019. 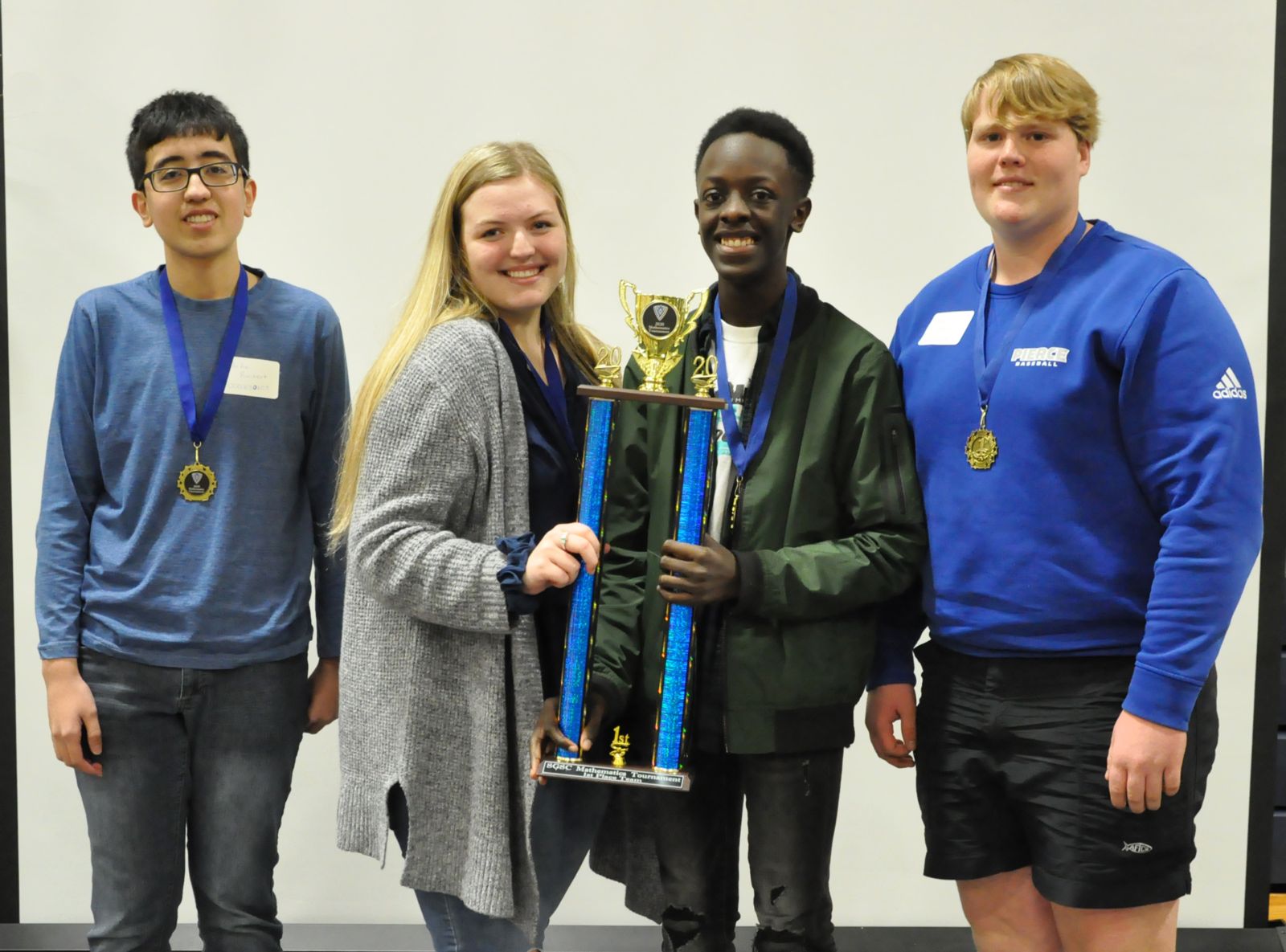